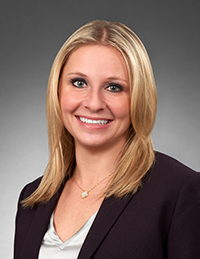 Upon graduation from law school and admission to the Bar in New York, Florida and New Jersey, Ms. Pincus began her career in the area of matrimonial and criminal law. Subsequently, Ms. Pincus held Associate positions in various different areas of commercial litigation including default servicing.

Ms. Pincus is admitted to the United States Supreme Court, and the New York, New Jersey, Pennsylvania and Florida State Courts. Additionally, Ms. Pincus is admitted to practice in the United States District Courts of New Jersey, all four New York District Courts, all three Florida District Courts and the Eastern and Western Districts of Pennsylvania. Ms. Pincus is a member of the New York, New Jersey, Pennsylvania and Florida State Bar Associations. Ms. Pincus proudly serves on the Board of Trustees for Adults and Children with Learning and Developmental Disabilities where she also serves as a Member on the Foundation Board and on the Finance & Audit Committee. Ms. Pincus is an active Big Sister with the Big Brothers Big Sisters organization and also serves as a member of the following organizations: American Legal and Financial Network, Women in Legal Leadership and the American Bar Association.

Caryn maintains a practice consisting of: