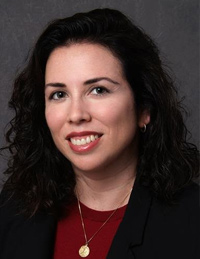 Alicia M. Sandoval is a seasoned practitioner of both real estate and bankruptcy law in Pennsylvania and New Jersey. She has litigated both residential and commercial mortgage and tax foreclosures and has represented both debtors and creditors in Chapter 7, 11, and 13 bankruptcy actions.

Prior to joining Pincus Law Group, Alicia was the Commercial Division of a nationwide title company and was a bankruptcy and commercial litigation associate with a mid-Atlantic law firm. Alicia is admitted to practice in the state courts of Pennsylvania and New Jersey, and is also admitted in the United States District Courts for the Eastern, Middle, and Western Districts of Pennsylvania and the District of New Jersey.

Alicia received her Bachelor of Science degree in Economics from the Wharton School at the University of Pennsylvania and her Juris Doctor from Temple University, where she was a Beasley Scholar.